Alzheimer’s Society’s Dementia Friends programme is the biggest ever initiative to change people’s perceptions of dementia. It aims to transform the way the nation thinks, acts and talks about the condition.

There has been a lot of moaning on social media lately,
Usually by the same people, again and again!
All about this very successful program.
Moaning about its title,
it’s name,
“we shouldn’t name the disease, “
“who’s it friendly for, “
“we shouldn’t say friendly, “
“what are the outcomes, “
“where are the outcomes.”

All the suggestions of the different titles it could have,
moan, moan, moan…….
Nothing ever seems to be good enough for some, no matter what people do or how hard they work!
Majority of these moaners complain continually but never see their own short comings, their own problems and what they do so wrongly!

“We want more awareness! “
“People need to understand “
“The conversation needs to be had”
“Lack of knowledge promotes fear”

The Dementia friends information sessions came about and has made such an impact.

It’s a great introduction to break some of the myths and misconceptions about dementia.
Majority of sessions are hosted by volunteers.

2.5 Million people now know more about dementia,
There are no numbers of the people that have then received information from the above.
It’s been taken to schools for all ages.
It has opened up conversations that were much needed.
It has helped so many !

It has now been taken to about 35 countries, where it’s been very well received in all. 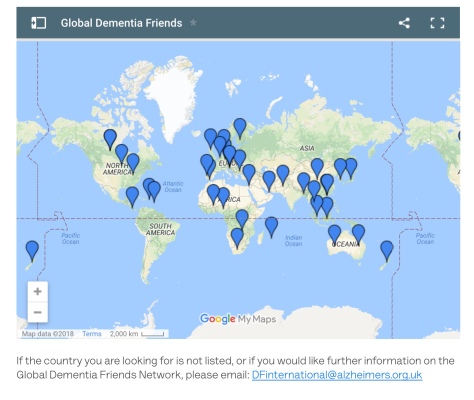 People with and without a diagnosis, have been helped and informed, lives have been changed.
Age groups reached have been from 5-100 years old.

I do actually agree that maybe it could have had a better title, what title I’m not sure, but whatever it’s called, these awareness sessions really work.

Friends, friendly, community, communities!
These are the words that are most moaned about, but aren’t these words exactly what it is all about.
We live in communities, we all need friends, we are social beings, we want a friendly world!

Lots of organisations use the same approach and a similar title,
Because it works!

Friends of the Earth.
an environmental campaigning community dedicated to the wellbeing and protection of the natural world and everyone in it.

Friends of the Elderly.
gives older people the opportunity to live fulfilled, respected lives through exceptional levels of care.

Quakers.
Quakers are members of a historically Christian group of religious movements formally known as the Religious Society of ‘Friends’ or ‘Friends’ Church.

Friends United Meeting.
is an association of twenty-six yearly meetings of the Religious Society of Friends in North America, Africa, and the Caribbean.

Evangelical Friends Church
International.
is a branch of Quaker yearly meetings around the world that profess evangelical Christian beliefs.

MIND.
Friends in Need.
A way for people affected by depression to meet online and in their local area to share support.

Friends Of Parkinson’s.
a non-profit organization that provides a resource center, outreach awareness, and support groups for people with Parkinson’s.

Breast Friends.
is a nonprofit organization dedicated to improving the quality of life for female cancer patients. Our organization teaches friends and family specific ways to offer support. 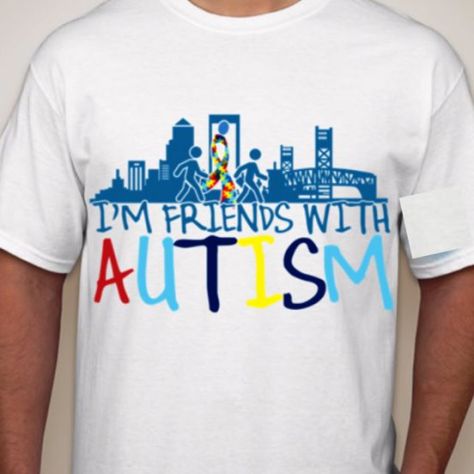 Apparently it’s ok and acceptable to be friends, make friends and have friends!
And the best bit…….

It’s ok to be friendly, to use friendliness to help, to educate and inform!

Stop the moaning and just get on with something else if you don’t like what you see or hear,

when it’s actually working.
When It’s making a difference to many lives, and spreading globally!
Does the title really matter ? 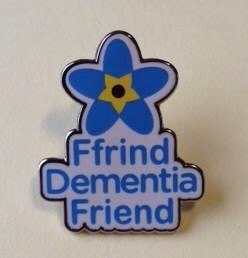 Since being diagnosed, i’ve noticed that there isn’t a lot for people in the mild to moderate stage. There are dementia cafes of course, but these seem to suit carers more than the people with dementia, we just sit there smiling when looked at while our carers and spouses chat away to each other, sharing there experiences and so on.
If one looks around the room you soon see the ones with dementia, the quite ones, the people that find it so hard to filter the back ground noise as the volume gets louder, so much so that one soon finds it easier to just be quite. Why oh why don’t people just take the time to listen to what WE want, cafés should be held in two rooms, one jointly for both parties and the other room for just people with dementia, where it’s quieter, where we can chat unprompted to each other, where we can have some peer support, where we can be truthful and share with out upsetting others that don’t want to hear.
Two hours ! A cafe lasts, usually once a month. We need at once a week, a crèche of sorts, not PC I hear you say, but that’s what’s needed especially for the mild to moderate people out there. We just need somewhere secure with a toilet , a kitchen and one helper, there could be a charge which I know most would pay ! There are 100s of thousands of us in the same positition with nowhere to go or nowhere to be left ! We could popin for an hour or for the day. We could practically run the place our selves, some where we could chat and share, watch tv, play cards, draw , we would arrange our own activities not led by someone who thinks they know what we want !
no one leaves till they are collected, could it be so easy, there are 1000’s of empty buildings in every major city in the uk .
Some one could even make a lot of money out of it, so we’ve just invented adult care, a youth club for adults of any age !
I would just like somewhere to go when I need time out from being myself, from being me! It’s bloody hard work ! It’s hard work for those around me too, my wife for instance, she wouldn’t say it but I’m sure a day off to herself would be nicer if she didn’t have to leave me in an Elderly Mental Infirm Care Home ! What do you think ?
So what’s the alternative, as I said earlier , there is the memory cafés ! And day care in an EMI ! NOBODY SHOULD HAVE TO SIT AND LOOK AT THEIR FUTURE ESPECIALLY WHEN THE FUTURE IS SO BLEAK AND SO HORRIBLE !
Yes we can live with dementia, yes we could even live well ! Yes we could live even better !!

Sorry about spelling etc but it has started to become quite difficult, what you see is what I have ! No less and definitely no more x

My life with dementia so far